Hamish Pringle, strategic advisor at 23red and former IPA director general, takes a look at the âpower of nowâ for marketers.

I recently opened a copy of the Daily Telegraph and was greeted with an ad from Next. It had no imagery, just one line which said âorder by 11pm for next day deliveryâ. Then it hit me with a double page spread in colour. Next is a brand recognising the âpower of nowâ â move over âmaÃ±ana marketingâ.

Not such a long time ago people used to save up for significant purchases. Today they want it now. And itâs vital that brands put themselves in the best position close to the point of purchase, or behavioural decision.

To minimise leaks, Apple has built a fertile âwalled gardenâ and accelerated the customer journey. I see, hear, and read PR about the launch of the new Apple Watch. Then I notice a new icon on my iPhone, I click through, and stop only just short of purchasing.

What savvy brands have in common is that theyâre getting people to do things, and to do it now. Humans respond to a deadline. Stoptober, the smoking cessation programme, is based upon the fact that quitting for 28 days is five times more likely to lead to permanent giving up. Meanwhile Red Nose Day is but one of many fund-raising events which grab attention andÂ generate money by have a timelimited focus. Indeed The Drum has just launched a one-day initiative â Do It Day â to help create something that will make the world a better place.

Recent Bupa research revealed the things that make people feel great. From sleeping in a freshly made bed (number one), to laughing so hard it hurts, having a long hot bath or doing something active outdoors, itâs interesting to note how many of these âlittle pleasuresâ are active ones. Indeed about half the top 20 are things people do physically.

Ekhart Tolleâs global best-selling book, The Power of Now, proposes that living in the now is the truest path to happiness and enlightenment. His followers become conscious of how thoughts and emotions get in the way of their ability to live in genuine peace and happiness. Itâs easy for the cynical marketer to dismiss such a philosophy as wishy-washy-pie-in-the-sky-hippythink, but then corporate social responsibility was once ridiculed too.

In this context perhaps itâs not surprising that 87 per cent of those surveyed said they were in support of Joanna Lumleyâs inspired idea for a pedestrian crossing of the Thames between Temple Tube Station and the South Bank.

The Garden Bridge Charitable Trust has only Â£50m of the Â£175m total to raise before building work can start in 2016, and be completed by 2018. People can already imagine doing the walk through the 15 âgarden roomsâ and seeing the wonderful new vistas of London from leafy vantage points mid-river. AndÂ donating now means forever having credit for a great gift to the nation, and the world.

One reason why people get such a buzz out of doing things is that theyâre triggering a feedback loop that most of them are unaware of. They, like so many marketers, see themselves as operating in a linear manner in which thoughts and feelings are in control of behaviour. However itâs often the other way around.

The WCRS digital interactive outdoor anti-domestic violence campaign through Ocean is a brilliant example of doing something leading to a change in attitude. Anyone who stood in front of these poster sites and, having done so, âhealedâ the womanâs bruises, must have gone away feeling and thinking differently about the issue. This is especially good news for commercial challenger brands which have to overcome selective perception, and also brand leader âdouble jeopardyâ, in order to gain market share.

The Doorsâ 1966 song âWhen the Musicâs Overâ was prescient: âWe want the world and we want it… nowâ. The implication for marketers is clear. Customer journeys are getting shorter. People are being more impulsive. The technology enables near-instant gratification. Doing it now is rewarding. You can change peopleâs behaviour by getting them to do things, and you donât have to change their attitudes first.

So please, no more âmaÃ±ana marketingâ. Now is the time to harness the power of now. 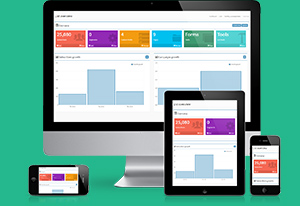